On the 16th of September blockchain competence center Blockchain Lithuania was officially launched in Vilnius. During the event, its main goals, including the sharing of knowledge and competencies,  the development of the blockchain ecosystem, and the attraction of foreign investment were set. The founders of Blockchain Lithuania have also solemnly signed the memorandum of incorporation (MOI).

The initiative to establish a blockchain competence center arose from the BCCS (Blockchain, Cyber
Security and Compliance Solutions) cluster’s cooperation with INOLINK project, and support from both: Agency for Science, Innovation, and Technology (MITA) and its partner Lithuanian Innovation Center.

The guests of the event were greeted on the occasion of the opening of Blockchain Lithuania and presentations on the opportunities opened up by blockchain technologies were presented by the founders of this center, science, and public sector partners.

The founders of Blockchain Lithuania BCCS cluster manager Andrius Petkevičius, blockchain expert and president of the Crypto Economy Organization Vytautas Kašėta, and business digitization expert, CEO, and co-founder of SUPER HOW? blockchain laboratory Andrius Bartminas presented the goals of the initiative and the work that has already been done. They laid the foundations by signing a memorandum.

We will try to dispel the myths and create a medium where questions can be asked as well as figuring out what blockchain technology is and how to deal with it, A. Bartminas told the audience. 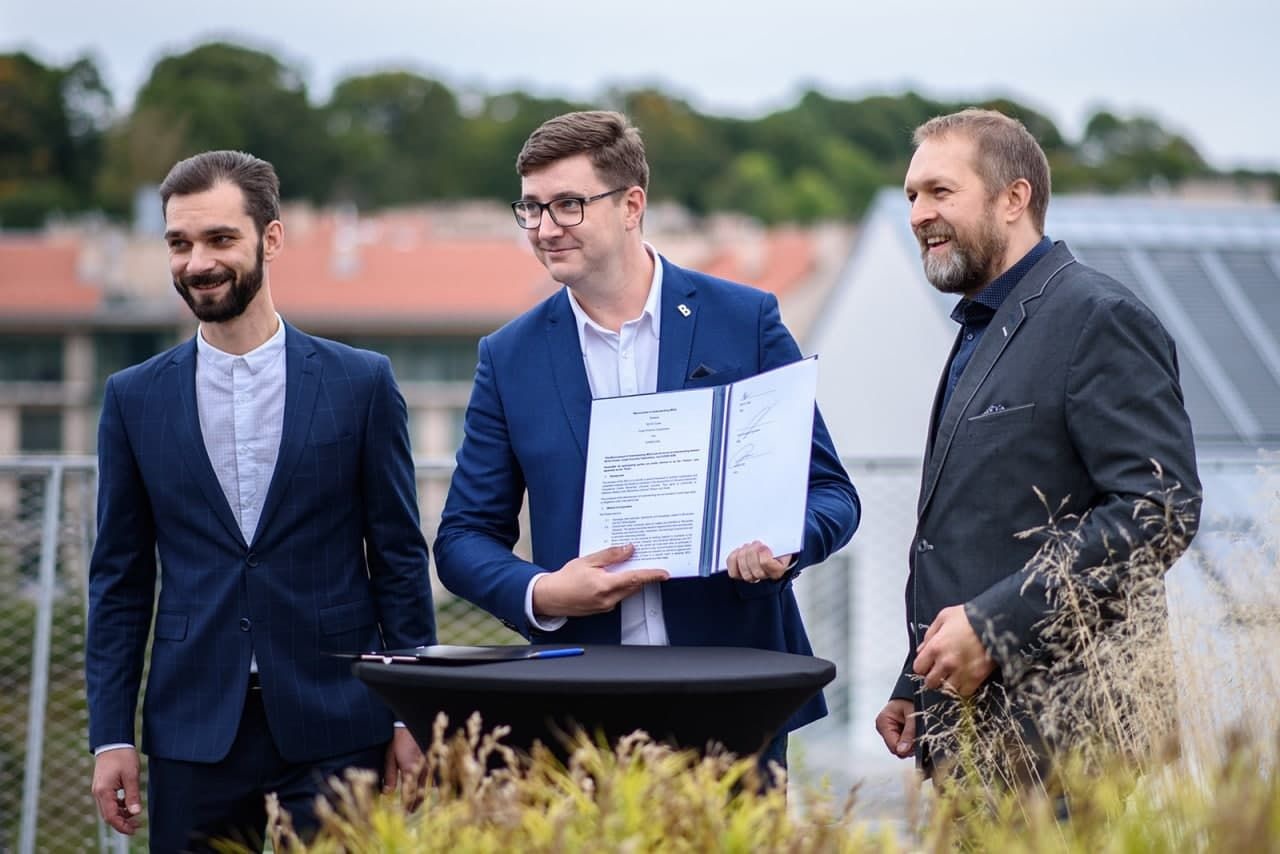 Marius Jurgilas, the Member of the Board of the Bank of Lithuania and Head of the CBDC working group of the Bank for International Settlements (BIS) Innovation Network, gave a welcome speech emphasizing that the opening event of Blockchain Lithuania was extraordinary.

The development of blockchain technology requires a lot of expertise, and this center is here to ensure that it emerges, wished Marius Jurgilas 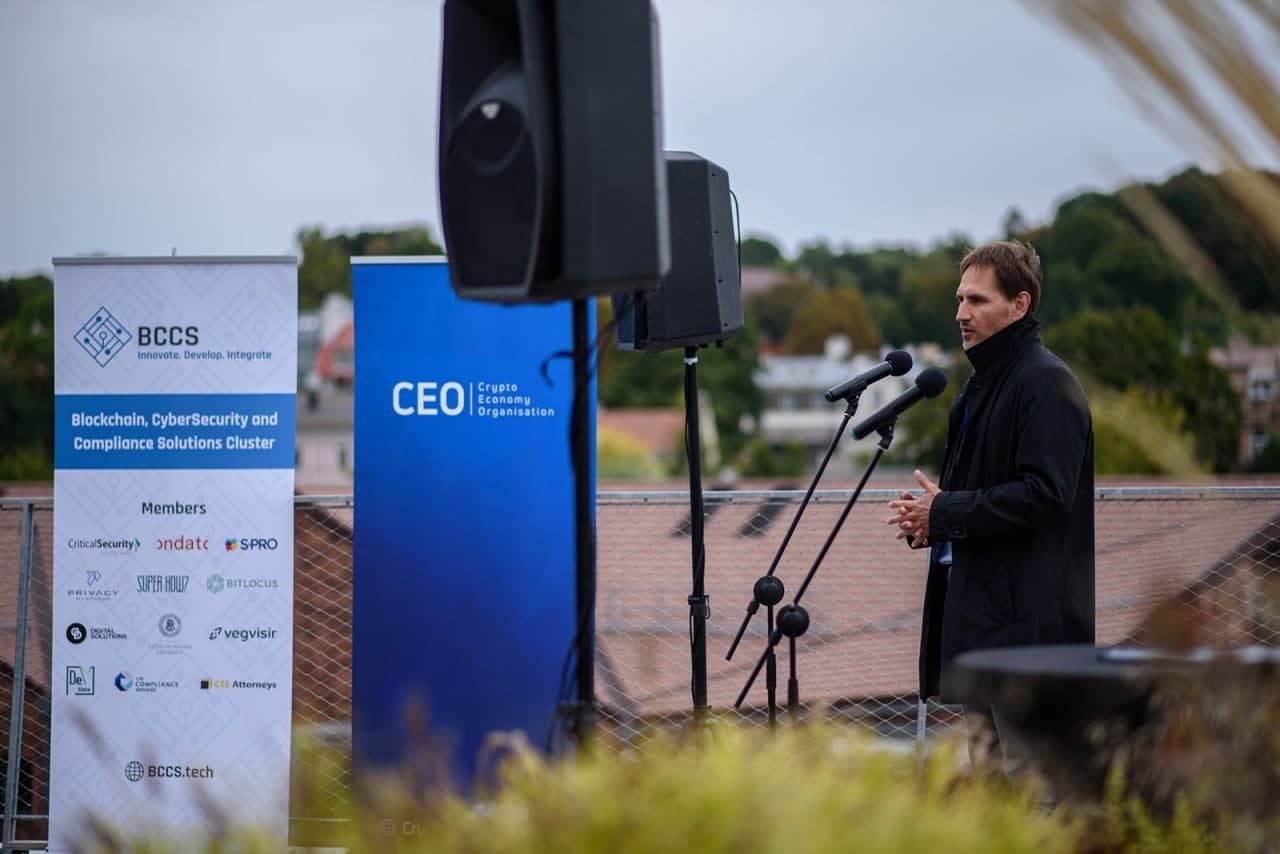 Elijus Čivilis, the CEO of Invest Lithuania, and Mantas Vilys, the director of Lithuanian Innovation Center, emphasized that the opening of the competence center is the beginning of a long journey.

I am pleased to have a partner who I can rely on regarding the complex topic of blockchain technology. I believe that the newly launched center will be a platform that unites both: technology engineers and those who can see it’s business potential, M. Vilys shared his insights

Meanwhile, Blockchain, data analysis & artificial intelligence researcher at Vilnius University Linas Būtėnas said he is hoping that this initiative will strengthen cooperation between science, business and the wider community.

The opening event of Blockchain Lithuania is an important step in the concentration and development of scientific competencies in Lithuania. According to BCCS cluster coordinator A. Petkevičius, the potential of these technologies in our country, as well as around the world, is very high.

He is pleased that the establishment of the competence center shows that there has already been a shift from the development of ideas to real solutions and work. In addition, one of the pioneers of the initiative notes that all interested parties are invited to join Blockchain Lithuania.

This initiative is aimed at representatives of various fields. We invite everyone who is interested in this topic to join. The center is an open platform where everyone can contribute to the creation of the blockchain ecosystem in Lithuania.

V. Kašėta, President of the Crypto Economy Organization, adds that the large number of people gathered at the event is a positive sign and proves that the development of technologies and competencies in blockchain are important topics. He emphasizes that Blockchain Lithuania will facilitate communication and exchange of views between different institutions:

The competence center will allow for bolder mergers, dialogue with the public sector, business, and possibly politicians. It will also create conditions for creating a value-added strategy for blockchain, attracting investments, cultivating competencies and making Lithuania even more attractive.

E. Čivilis, the head of Invest Lithuania, says that innovations inspire our society and young people. According to him, the launch of the competence center shows that we are building the future of Lithuania without worrying about the size of our country.

This technology can help consolidate fundamental things, such as democracy, by allowing power to be shared. The faster we develop the ways of using blockchain in Lithuania, the sooner we will be able to replicate it everywhere else, E. Čivilis says optimistically. 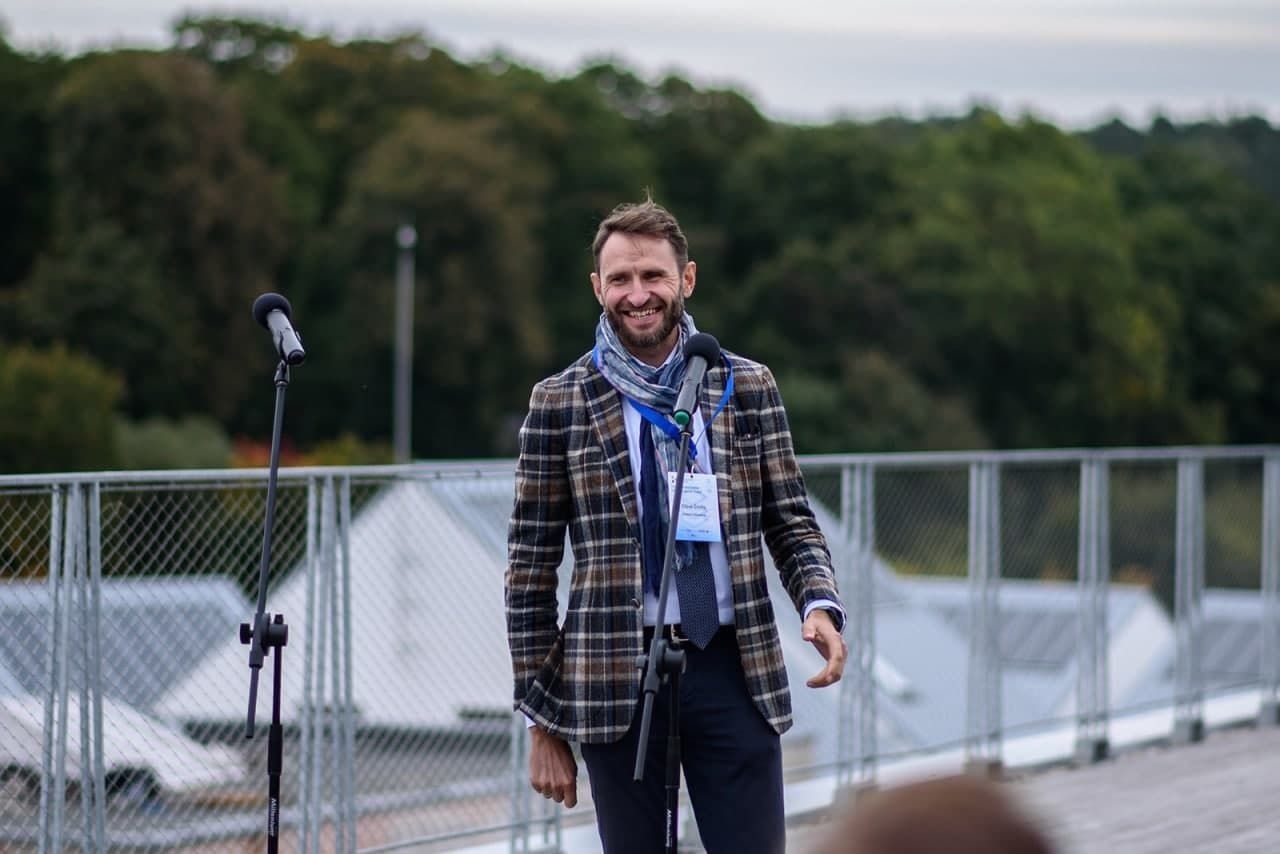 The founders of Blockchain Lithuania have already successfully implemented projects based on blockchain technology in the areas of central banks’ digital currencies, financial technologies, telecommunications, logistics, supply chain management, tokenization and NFTs around the world.